With the Queens 90th Birthday celebrations coming up, we decided to put together a really cool and light lemon cupcake recipe, complete with Union Jack icing topper.  Relatively easy to make, these striking little cupcakes will be perfect for your street parties, school cake sales, and just because you fancy something nice to go with a good cup of tea.   We hope you have as much fun baking these as we had putting them together! 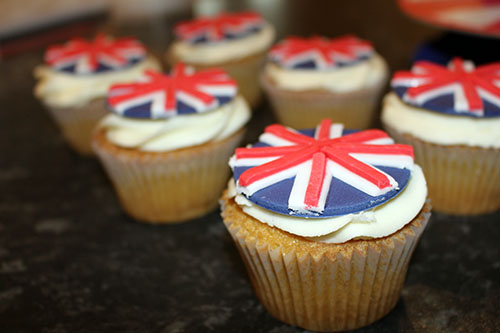 For the buttercream icing:

For the Union Jack cake toppers:

Pre-heat oven to 180C / 160C Fan / Gas Mark 5 and line your cupcake tray(s) with cases.  Sift the flour, sugar and bicarbonate of soda together into a bowl. 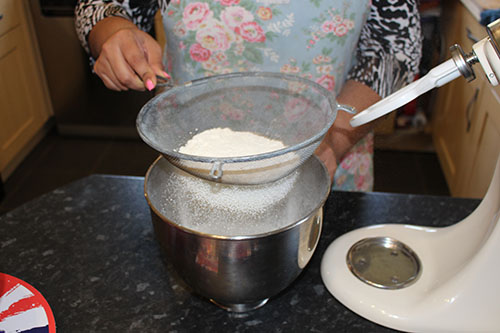 Add the butter, lemon zest, lemon juice and eggs to the bowl and beat for 60 seconds with an electric mixer (or by hand until well combined). 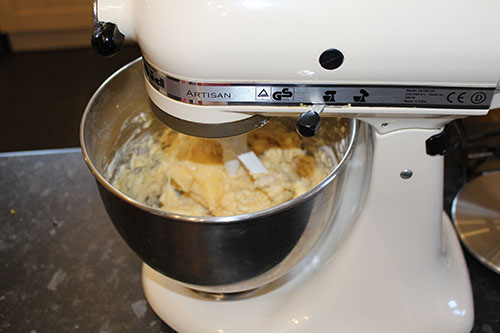 Pour in the milk, then beat for 20 seconds with an electric mixer (or by hand until it is mixed in thoroughly).  Don’t forget to scrape down the sides of the bowl with a spatula! 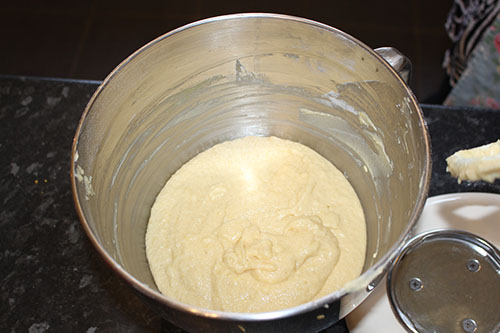 Spoon the mixture into the cupcake cases, filling the cases up two thirds.  Tip – an ice cream scoop is a great way to get an equal measure of mixture in each case. 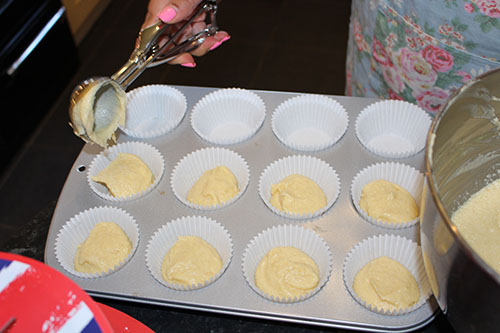 Bake in the oven for 20 minutes – do not open the oven door during baking to ensure that the cupcakes rise properly! 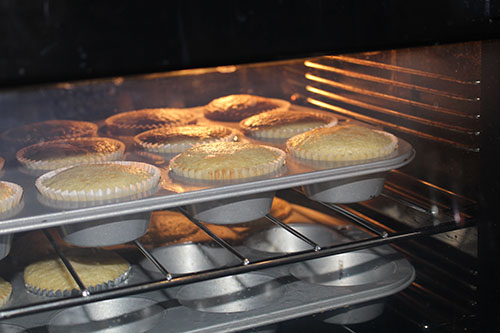 Remove from the oven and leave to cool on a cooling rack for around an hour until the cakes are fully cooled. 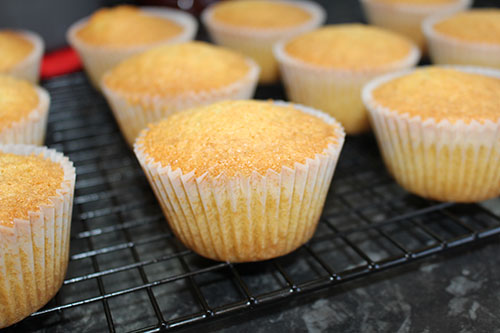 Put 300g of softened butter in a bowl and beat until light and fluffy (in a food mixer this can take 6-10 minutes).  The butter should become a pale colour, and smooth in texture. 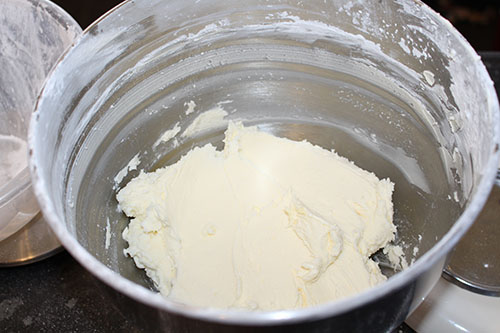 Sift half of the icing sugar into the butter and then beat until mixed in (this will take roughly 30 seconds in a food mixer).  Once mixed in, sift in the other half and repeat this step.  Add the lemon juice and mix again (if you like it extra lemony you can add a tablespoon or two of lemon curd into the mix too!). 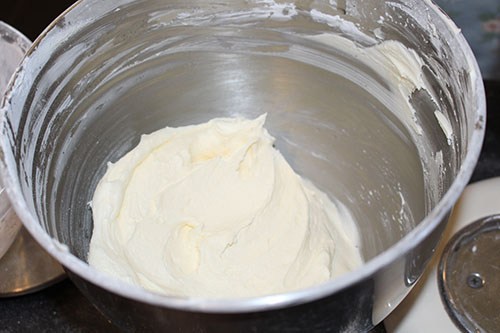 Apply a nice layer of the buttercream to each cupcake.  We recommend using a piping bag and working in a circular motion, covering the surface evenly. 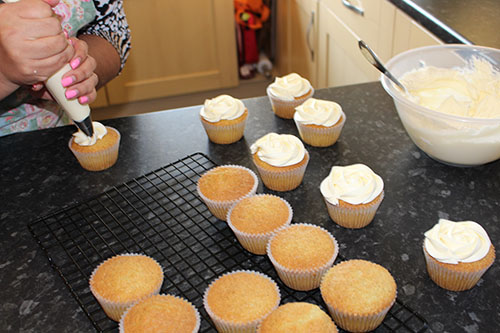 Lightly dust your work surface with a little flour, then roll out some blue fondant icing around 4-5mm thick.  Cut out some circles, just a little smaller than the width of the top of your cupcakes.  Repeat until you have enough for each cupcake you are topping. 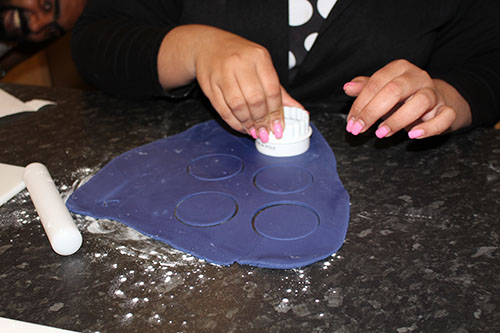 Roll out some white fondant icing, and using a ruler and a knife, cut several out long strips across.  The strips should be around 4-5mm in width. 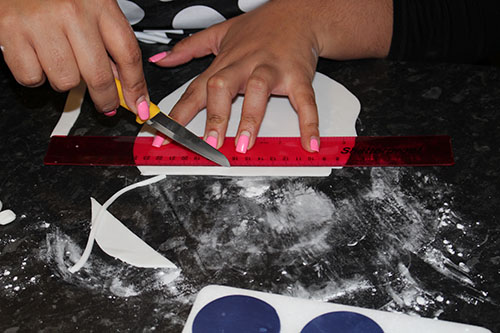 Using edible glue or sugar water, paint a strip horizontally across the centre of the blue circle.  Layer the first strip of white icing on top of this, then using your knife, cut it off at each end.  Paint another strip of the glue/water solution against this, making a ‘t’ shape (forming one arm of the cross).  Line up another strip of icing against this, and cut at the edge of the disc.  Repeat again on the other side to create the base ‘+’ cross. 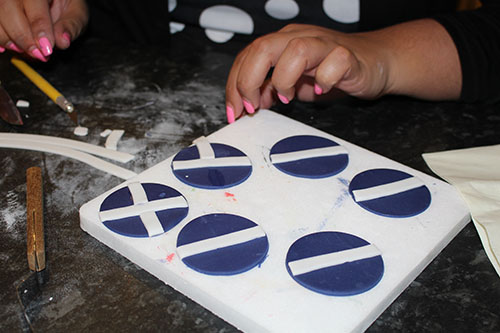 Add the other four remaining prongs of the bottom cross the same way, to make the base white cross.  You may need to cut the corners off one end of each additional arm in order for it to fit snugly.  Repeat for each cupcake topper. 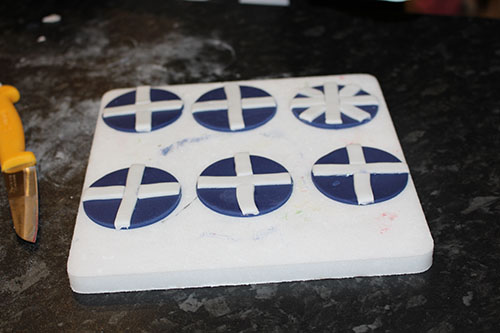 Roll out some red fondant icing, and using a ruler, cut some slightly thinner strips again lengthways.  Repeating the same steps as above, add the red layer to the Union Jack for each icing disc. 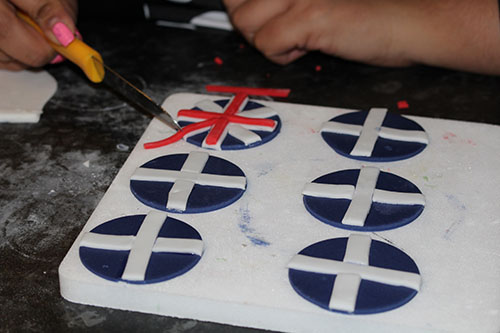 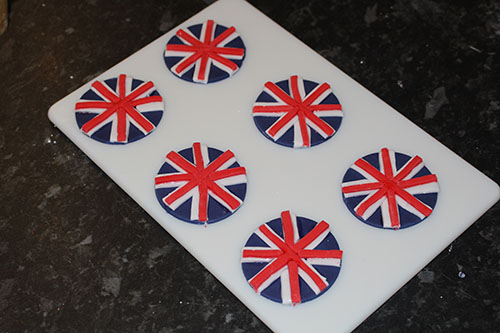 Once the Union Jacks are finished, use a small spatula to carefully put them on top of each cupcake. 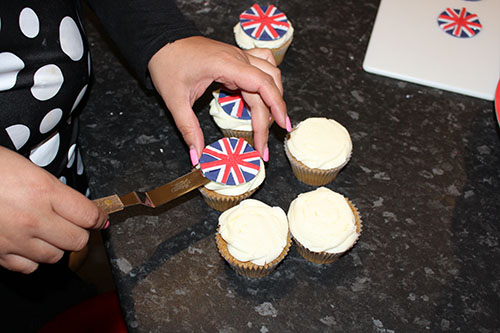 Enjoy with your friends and family (don’t forget the tea!!!). 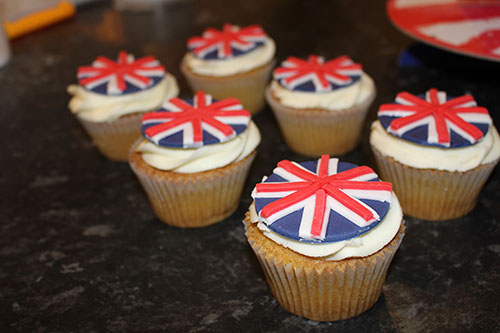 How To Make An Arlo “The Good Dinosaur” Birthday Cake

Get the Kettle On

How To Make A Party Pumpkin Piñata Cake

How to Make a Princess Gingerbread Castle