In celebration of Talk Like A Pirate Day on the 19th September, we have compiled a list of our favourite Pirate Jokes that for you to share with your friends on this booty-ful day!  Scroll down the page to get to the good stuff! 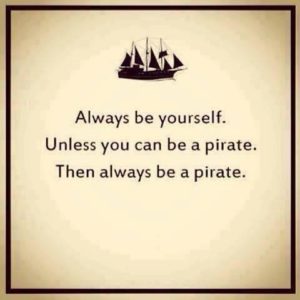 Long ago, when sailing ships ruled the waves, a captain and his crew were in danger of being boarded by a pirate ship. As the crew became frantic, the captain bellowed to his First Mate, “Bring me my red shirt!”

The First Mate quickly retrieved the captain’s red shirt, which the captain put on and led the crew to battle the pirate boarding party.

Although some casualties occurred among the crew, the pirates were repelled. Later that day, the lookout screamed that there were two pirate vessels sending boarding parties. The crew cowered in fear, but the captain, calm as ever, bellowed, “Bring me my red shirt!”

Once again the battle was on. However, the Captain and his crew repelled both boarding parties, though this time more casualties occurred.

Weary from the battles, the men sat around on deck that night recounting the day’s occurrences when an ensign looked to the Captain and asked, “Sir, why did you call for your red shirt before the battle?”

The Captain, giving the ensign a look that only a captain can give, exhorted, “If I am wounded in battle, the red shirt does not show the wound and thus, you men will continue to fight unafraid.”

The men sat in silence marvelling at the courage of such a man. As dawn came the next morning, the lookout screamed that there were pirate ships, 10 of them, all with boarding parties on their way.

The men became silent and looked to the Captain, their leader, for his usual command. The Captain, calm as ever, bellowed, “Bring me my brown pants!”

What are your favourite Pirate Jokes?  Let us know in the comments below!  If you liked this article, please feel free to share with your friends and family! 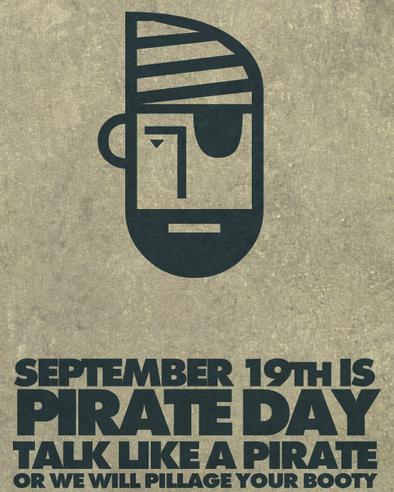 Quiz Time – How Well Do You Know Santa Quiz

10 Fun Elf On The Shelf Ideas!

Quiz Time – How Irish Are You? St Patrick’s Day Quiz